We understand you may have a few questions. If you can't find an answer below, don't hesitate to contact us and ask!

1What is Podcasting?
Podcasting is a way to automatically distribute audio and video files over the Internet. Users who download an audio or video podcast can then listen to or watch this digital media file on their personal computer, or by using a portable media player like an iPod. The term "podcast" can refer to the media files themselves or to the method of delivery (i.e., a subscription) that utilizes RSS and Atom feed technology.

Podcasts are unique in that once a user subscribes to a podcast, a "podcatcher" program will then automatically download a new episode when the media file becomes available, so that the user doesn't need to check for these updates manually.
2What is live streaming?
Streaming media, or Live Streaming, is media that is being consumed by an end-user while it is being delivered by a provider. Traditionally it's used to deliver internet content in real time as it happens. Live streaming is popular with live television shows and special one-time events. It can be used in situations such as broadcasting a live Q&A panel, a church sermon, an office tour, a product demo, and special events such as a festival parade, a live performance, or even a wedding. Live Streaming is everyone's way of sharing their world, with the whole world.
3What is the difference between a podcast and live streaming?
A podcast is a file that is downloaded once in its entirety, and is therefore playable by the user at any time, without the need for an Internet connection. Streaming media, on the other hand, refers to a continuous transmission of data received by a user who is connected to the source of that data, more similar in nature to a television or radio broadcast.
4What are the advantages of podcasting vs live streaming?
The advantage of podcasting is that you can watch or listen anytime to an online audio or video show on your computer, tablet and smartphone. The content available is wide ranging and can be even more compelling than other media types. You have the option to subscribing or just click play. Podcasting allows you to watch and listen to great content, any time and any place. Plus, future episodes of any podcast show you subscribe to will be automatically downloaded directly to your podcast software such as iTunes.

The advantages of Live Streaming is the time sensitive nature of it. Live streaming is live, allowing measures such as the audience to interact with the show, for the release of information which may be newsworthy, for a rare one time performance, or for a series of performances at the same place. Live streaming shows the viewer what is happening now.
5Can you distribute my livestream as a podcast?
Absolutely! Once the live stream is finished, we will take your audio file and distribute it like a regular podcast, allowing your media to gain traction on all the top podcasting platforms, including iTunes, Soundcloud, Google Play, Stitcher, and TuneIn.
6What are good examples of a live stream broadcast?
Live stream content is great to display live events, performances, interviews, Q&A panels, tutorials, and more. The nature of the broadcast being live allows for audience members to interact with the content in real time, such as asking questions to the show hosts. It also allows for sharing of time sensitive information, such as news or an announcement.

Live streaming is great for a rare one time live performance of an artist, or for broadcasting nightly from a performance venue. It can be used to share moments to friends and family around the world such as a wedding, or a weekly church service. It can even be used to broadcast your podcast recording live. The possibilities with live streaming are endless.
7What are good examples of a podcast?
The rise of podcasts came with the rise of the MP3 and the Apple iPod. It allowed anyone with a microphone to put our a broadcast, much in the style of talk radio. The ease of show distribution via the MP3, iTunes, and the iPod created a new wave of content creators, each a home-based radio-like personality.

The biggest podcasts in the world focus on comedy, education, history, technology, finance, politics, and pop culture, and usually feature an educated, lively, charismatic host, with guest specializing in various topics of discussion.

1How long does it take to get a standard website up?
After your consultation and upon delivery of your logos, photos, and written content, Love Hertz Media will begin building your website on your server and will send you a rough draft within 5-7 business days. You will then have 8 business days to send and receive two revisions, to adjust any changes and tweaks you may need. Upon approval, your site will go live and you can begin sending traffic to it. Custom projects will take longer.
2What do I need to get my website online?
1) Contact Love Hertz Media to organize your free consultation.
2) Discuss the site layout, colours, fonts, logos, photos, and written content during your consultation.
3) Deliver your logo, photos and written content to Love Hertz Media.
4) We will send you a rough draft within 5-7 business days.
5) You have 8 days to get two revisions, for any tweaks and changes. You need.
6) Once approved, the site will go live, and you will be give all log in credentials.
3Do you offer domain names or web hosting?
At this time we do not offer our own domain or web hosting services, however, we are able to set up these services for you through GoDaddy for a service fee.
4Who should I buy my hosting and domain from?
GoDaddy is the leader in technical and customer support, and they always have discounts and coupon codes available with a Google Search. They also offer all of the services needed to achieve the maximum functionality from a WordPress website, such as contact forms, and custom emails.
5Can I use WordPress without using any blog features?
Yes, absolutely. Many WordPress websites are business sites that don’t use any blog related features at all. WordPress started out as a blogging platform, but now it is a full-fledged Content Management System (CMS) and an application framework, allowing you to update your site or publish new content easily. 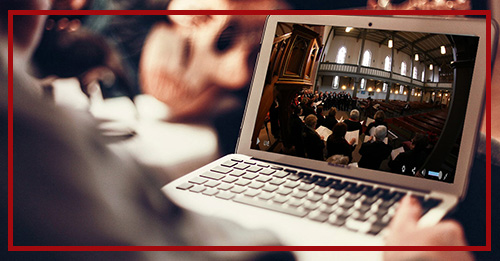 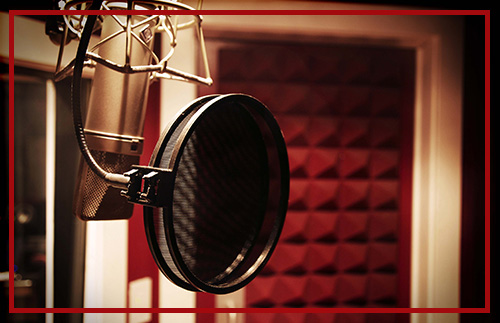 1What is a voice-over?
A voice over is the invisible speaker you hear in TV and cinema commercials, radio spots, e-learing, internet, DVD/CD-ROM, product and company presentations, documentaries, podcasts, animated films, flash presentations, IVR voice prompts, on-hold marketing, navigation technology, etc.
2What type of audio format do you supply?
We are able to supply you with MP3, WAV, or AIFF file formats, or any combination the the three for no additional charge.
3Can I visit the studio?
We do not offer visits to the studio for customers or clients. If you are interested in recording a demo, please contact us to discuss.
4How do I place an order?
We forward a quote based on the info you’ve submitted (size of your script, media usage, choice of voice talent, etc.). Once you have sent us a written confirmation of the quote we place your order with the voice talent chosen for the assignment.
5What’s included in the price?
The price of a voice over includes voice talent fee, booking and studio fee and editing of the recording. The editing is limited to only removing errors from the recording, which means that you will receive one sound file containing the entire recording. At an additional fee we can split the recording into smaller consecutive files, e.g. matching marked paragraphs in the script.

Rates are in CAN Dollars and are subject to 13% HST.
Rates include a worldwide unlimited usage "full buy-out" license.
Rates are for finished dry voice only. Any post-production required may be additional.
All rates are for reference only. Each talent reserves the right to charge their own fees.
Contact us and request an estimate.

Can't find an answer above? Ask us in a message below!

Click here to view a list of some of the equipment we use day to day at
Love Hertz Media.